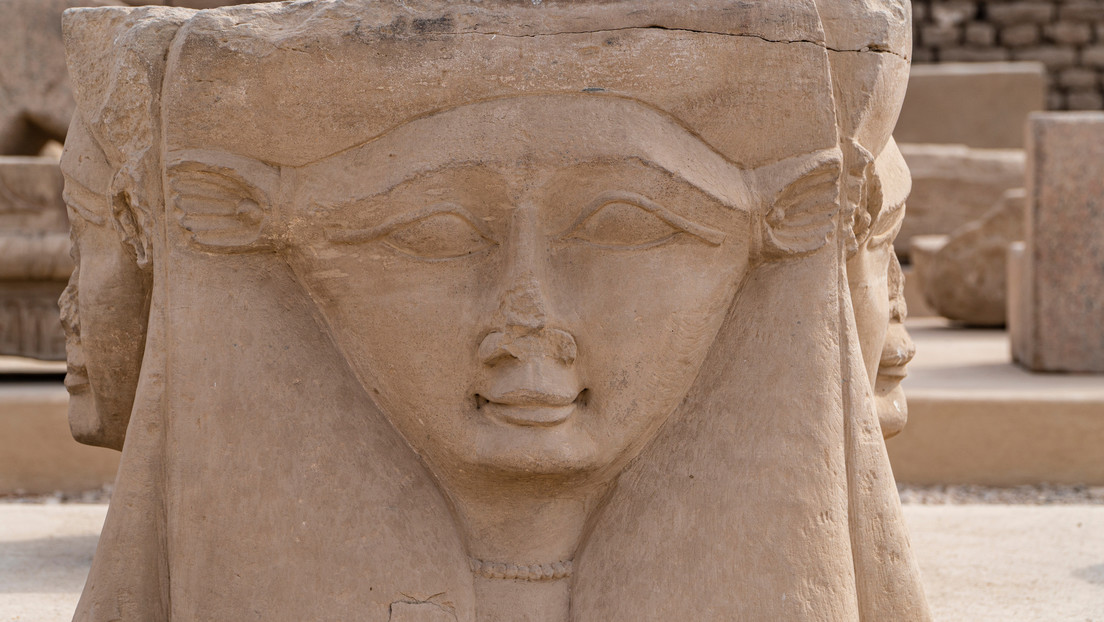 A group of archaeologists found an amulet and pearl necklace of Hathor – the Egyptian goddess of joy, motherhood and love – about 3,000 years old at a site on Cerro de San Vicente in Salamanca (Castilla y León, Spain), reported this Sunday local media.

The discovery was made by a team of archaeologists from the University of Salamanca and the town hall of this city and is the result of a series of archaeological works that began in the 1990s.

The pieces are said to have been made around 1000 BC (BC) in ancient Egypt or in the Phoenician factories of the time. The material used for its elaboration is a quartz ceramic called earthenware that the Egyptians used for their crafts and which is distinguished by the characteristic Color blue who have the beads found.

Carlos Macarro, archaeologist of this town hall, explains that the objects illustrate “the commercial exchange that took place at the beginning of the Iron Age – between 900 and 400 BC – in the Iberian Peninsula”, in particular in what was Salamanca and later the Via de la Plata.

Experts believe that the objects came from Phoenician merchants who sought to “trade goods with the indigenous peoples of this region”, a very important commercial enclave in the Iberian Peninsula at that time.

In general, this type of amulets or figures are found in necropolises, although on this occasion the discovery took place in what was the house of a great lord time, who is believed to have been a major trader in metals.

“The fact that they appeared in this house may show that the owner must have had a prominent economic and social position, as only he was able to exchange these coins,” Macarro said.

Did you find it interesting? Leave your opinion in the comments!

Disclaimer: This article is generated from the feed and is not edited by our team.

Reviews | Why we need to start talking about God