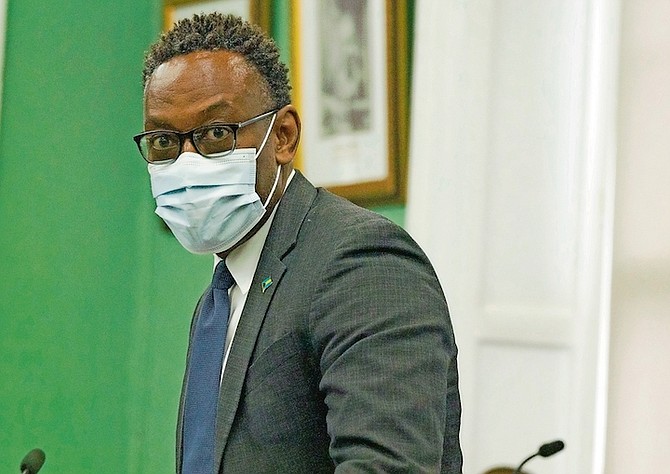 The independence plan is on the wrong track

Journalist of the Tribune

SOME Bahamian performers are shocked by plans for this year’s Independence Day celebration, which would have left out a mix of prominent local secular acts in favor of a Christian theme.

In a letter to Mark Humes, Chairman of the Independence Secretariat, concerns were expressed about this.

“As you know, due to the pandemic, the last year has been difficult for artists, and employment has fallen to an all time high,” the letter said. “We look forward to festivals and independence celebrations for regular employment and an opportunity for us to show our talent….

“Therefore, it has become surprising and extremely disconcerting to find that this year’s celebration will not use the best secular and gospel artists.”

“Adding insult to injury, we are told that the songs used are not written or produced locally. Does this mean that our material is not good enough to celebrate our own independence? “

When contacted, Mr Humes explained that this year’s celebration is about a Christian message, especially where the country is this year after all of its citizens have passed through.

“We have been secular. Had secular – pointed out for the past four years. I think at least a year we can honor who we are as a people, a Christian people – a Christian nation… I really hope people won’t take offense that you know we want to be able to do this. at a time like this and honor God… ”

When asked if the music will be written or produced locally, he explained that the songs used are “universal” religious songs with a message.

“What we’re doing this year is nothing new (or) unusual. So I hope people don’t try to portray this as something against Bahamian culture… When we look at the songs that we used to sing before when we went to our churches, these aren’t Bahamian songs either. When you go to Methodist church, there aren’t a lot of Bahamian songs that we sing, but they’re all songs that we embrace.

In the letter to Mr. Humes, the artists noted that the celebration was centered on God, but said it could include lay artists as well.

“While we support the idea of ​​giving thanks to God for His blessings over the past year, we believe it could have been accomplished with songs and performances from top local and secular gospel artists in a way very artistic and to the satisfaction of the general public in the Bahamas, ”the letter said.

A recipe for crispy pepper dosa from a temple in Madurai

MSU reaches deadline for students and staff to get vaccinated