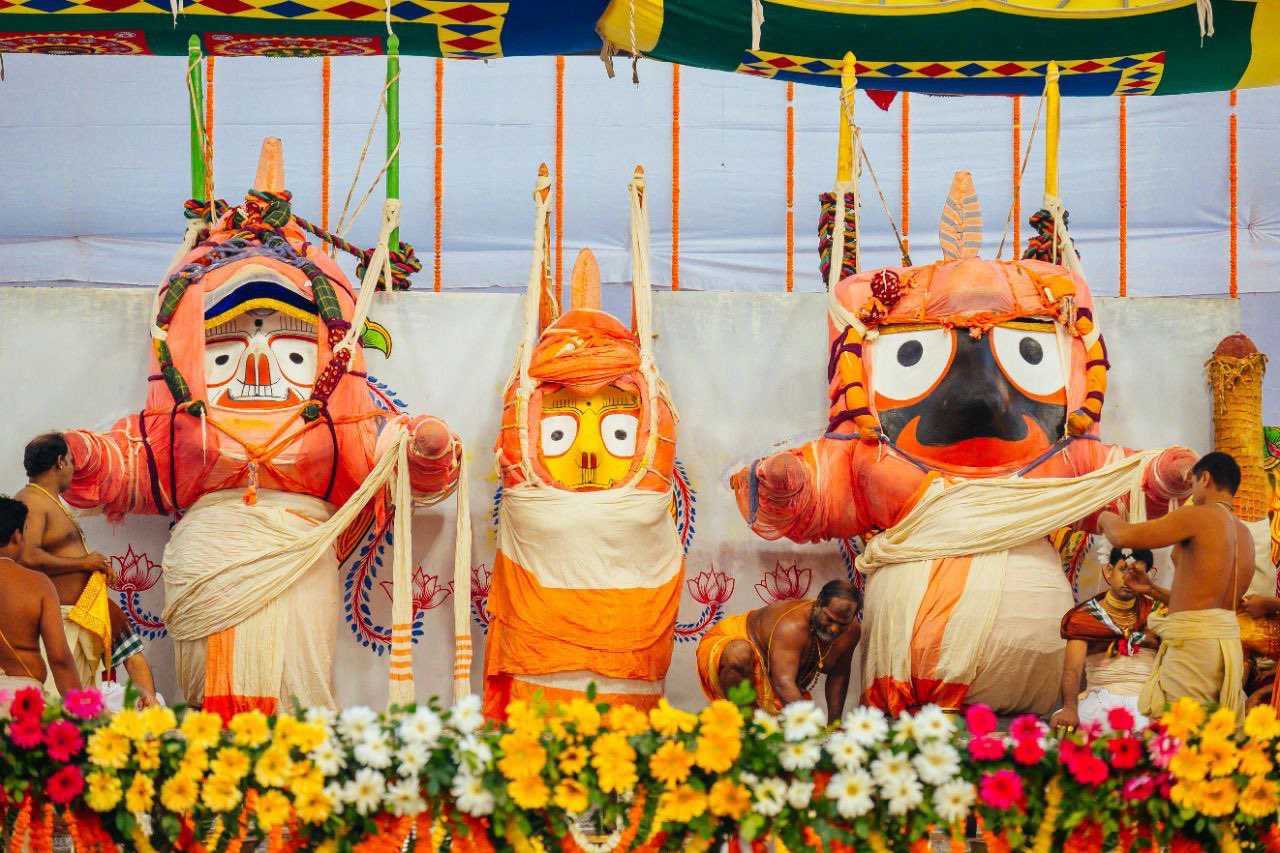 Snana Jatra: the deities take a sacred bath in Snana Mandap without devotees on Bada Danda

Puri: Lord Jagannath, Lord Balabhadra and Devi Subhadra took a holy shower today at the Snana Mandap of Srimandir here on the holy occasion of Deva Snana Purnima, also known as Jyestha Purnima. The servants performed the Snana Jatra rituals of the deities while the Bada Danda wore a deserted gaze as the congregation of worshipers was banned by the state government due to the COVID-19 situation.

In the morning the idols had come out of Ratna Bedi (inner temple shrine) at Snana Mandap by temple servants at Pahandi, a traditional procession.

According to the rituals, the deities were bathed with 108 pitchers of aromatic water by a group of servants. While the servants poured 35 jars of water on Lord Jagannath, Lord Balabhadra took a shower with 33 jars of water, Devi Subhadra with 22 jars of water, and Lord Sudarshan took a bath with 18 jars of water.

After the ritual bath, it is believed that the deities suffer from colds and fever. The idols are then kept out of public view for fifteen days at Anasara Ghara for a treatment for which specific rituals are performed. This period of isolation is called Anasara, which means an inappropriate time for worship.

On the 16th day, the idols in their youthful forms are ready to be seen by the public. The first appearance of the deities after the bath festival is called Netrotsaba or Naba Jaubana Darshan.

Everything you need to know about Vat Purnima Vrat today