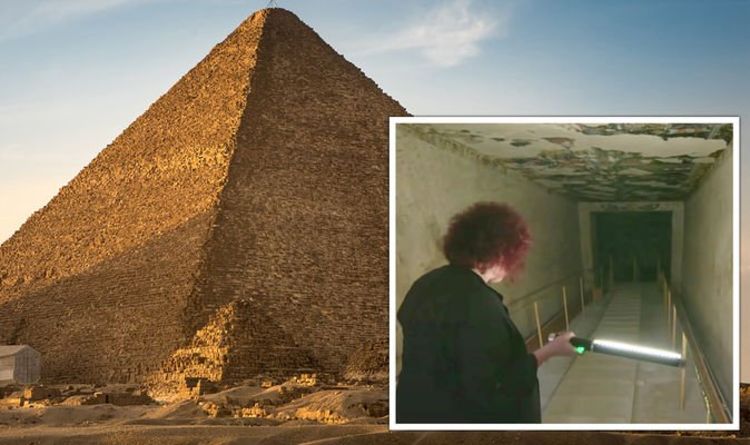 KV17, located in the Valley of the Kings of Egypt, is the tomb of Pharaoh Seti I of the 19th Dynasty. It was first discovered by Giovanni Battista Belzoni on October 16, 1817, but has been closed since the early 1960s due to extensive damage to the structure. However, Egyptologist Joann Fletcher was granted special access during Odyssey’s “Valley of the Kings: Egyptian Golden Age”.

She said: “Having died without an heir, Tutankhamun was replaced by a line of militarist rulers – the 19th Dynasty.

“Without direct royal ancestry, the new dynasty needed to reconnect with Egypt’s illustrious past, so it restored traditional beliefs in a renaissance led by one of its most influential rulers – Seti I.

“His tomb, in the Valley of the Kings, is the largest pharaoh’s tomb ever created here.

“I have received special permission to explore this labyrinth of treasure.”

Upon entering the tomb, Professor Fletcher was blown away by its remarkable contents.

She added, “It invites us into the underworld and it just drags us into darkness – it’s a really, really deep grave.

“It’s 174 meters of hallways and rooms, all hand-carved and covered from floor to ceiling in truly spectacular scenes.

“But the walls of Seti’s tomb carry a clear message, demonstrating the comeback of traditional Egyptian deities.”

It contains very well preserved decorations in all of its 11 rooms and side rooms, except two.

One of the back chambers is decorated with the Opening of the Mouth Ceremony, which indicated that the mummy’s drinking and eating organs were functioning properly.

Believing in the necessity of these functions in the afterlife was a very important ritual.

A long tunnel also runs deep into the mountain from the location of the sarcophagus in the burial chamber.

Some thought it led to a “secret burial chamber,” but recent excavations have proven this theory to be false.