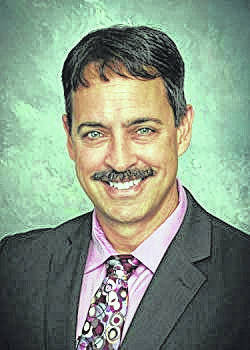 You could start with the fact that he still believes in slavery, I guess, if you wanted to get a feel for what Chuck really is. That alone would seem to be enough for everyone to avoid it. But there’s so much more to this guy than that …

His take on “the little woman” is, to say the least, a little behind today’s standards. His wife is literally not allowed to leave the house without his express permission, and only then if she is accompanied by him or another male relative. As for sex, she has exactly two choices in the matter: give it to her when she wants it, and give it to her even if she doesn’t want it. Saying “no” is not an option for him; he will literally beat her if she does. In fact, he beats her for a lot of things, including the fact that she is, in his words, “rebellious.”

It’s not that Chuck isn’t religious. In fact, he is very religious. So much so that he believes that everyone should pray and even fast regularly. And when I say everyone, I mean even the kids. If the children oppose all of this, they are also beaten. And his pastor is no help; he actually encourages Chuck and all the other men in his church to do it that way.

A few months ago, Sarah, his wife, lost her mother to cancer. Sarah was devastated. But, true to his ways, Chuck decided to make things even worse for her. He forbids his wife to go to his mother’s grave. Her excuse was that she was not strong enough to bear to see a grave like this since she is “only a woman”.

Children are naturally irritated by all of this. But they know better than to say anything about it. They also know that, even when they are growing up, they cannot leave the church; their father threatened to kill them if they did, and he sincerely means it.

There are so many other things in Chuck’s beliefs and behavior. His wife wants to dye her hair black, and he won’t let her. She wants to get insurance on the family, he refuses. She wants to hang a nice picture on the living room wall, but he forbids it. And every time she leaves the house, she has to wear a full face mask, not to avoid the covid, but because he doesn’t want anyone to see her face.

Some of you reading this are furious and want to get into the heart of the Bible belt and find this “Chuck” and drag him behind his own pyre and teach him some good manners. Others, however, have figured out that the stake is somewhere in Afghanistan and that Chuck is in fact fundamentalist Islam and Sharia law, which all of Afghanistan is now plunged under, probably for countless generations. future.

Not a single thing I said about “Chuck” was an opinion, and I didn’t have to google it. I simply bought and read the Quran, Hadiths and The Reliance Of The Traveler: A Classic Manual Of Islamic Sacred Law.

Right now everyone is focused on the debacle of our withdrawal from Afghanistan. And I don’t minimize that at all. The fact that our military was withdrawn before our citizens were evacuated, leaving them to the wolves around them, is without a doubt the most thoughtless and unforgivable act in presidential history. Add to this the almost immediate death of thirteen of our military at the hands of a suicide bomber at Kabul airport due to a complete failure of planning and logistics, and the fact that a terrorist organization now has no only an entire country, but a whole full of high-tech equipment from the United States, and it is clear that our government is currently the laughing stock of the whole world.

But while this is where everyone is focused, the point is, long after those memories have been swept under the carpet for us to forget, there will still be a nation of women and children who have. been protected for twenty years and yet now suffer from indescribable conditions every day and are brainwashed into believing that this is the way it should be.

There are three things that all of us in America’s freedom should be doing right now. The first is to pray for the Afghan people every day. I know we all have a thousand things on our plates right now, but these people need someone to touch Heaven for them. The second is to send and support missionaries who will go there and everywhere else with the gospel of Christ. The third is to be grateful for the culture of freedom and liberty that Christianity has produced for us here. When the local believers come to your door here, they will carry leaflets and Bibles, not machine guns and swords, and they will invite you to come, without threatening to kill you if you don’t.

2 Corinthians 3:17 says, “Where the Spirit of the Lord is, there is freedom.” Look forward to having it and pray that the Afghan people will one day.

Bo Wagner is pastor of Cornerstone Baptist Church in Mooresboro, North Carolina, a widely traveled evangelist and the author of several books. His books are available on Amazon and at www.wordofhismouth.com. Pastor Wagner can be contacted by email at [email protected]

Where to confuse Storm, Sky and Mystics in the WNBA power rankings? – Athleticism

Reviews | Why we need to start talking about God