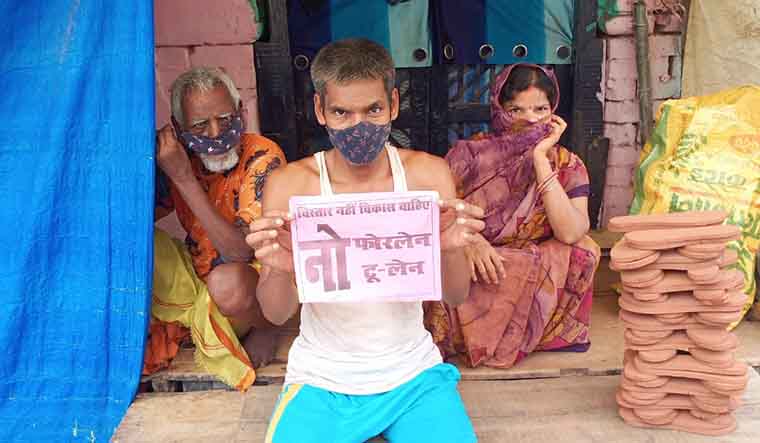 Ayodhya traders and traders have asked Ram Lalla not to demolish their stores because of the road widening project leading to Ram Mandir.

Nand Kumar Gupta, chairman of the traders’ union, said: “We have written to the state government and local government but have not received any response. Our last resort is to ask Ram Lalla for help ”. Gupta said the administration had not made any plans to rehabilitate the uprooted buyers, whose number will exceed 800.

On Thursday evening, traders from 12 local markets walked to Ram Janmabhoomi to deliver their petition to the priest for placing it at the feet of the deity.

“Shri Ram is the king of Ayodhya. There is no government above him, ”Gupta said.

Previously, on July 16, shops were closed from 12 p.m. to 2 p.m. in protest against the four-lane project that will make it easier to visit the Janmabhoomi. For now, no vehicles, except VIPs, are allowed on the last stretch of the narrow, winding road to Janmabhoomi.

The performance, addressed to “Shri Ram Lalla Sarkar”, says that while the widening of the road will lead to the loss of the livelihoods of hundreds of traders, it will also lead to the breaking of the old gates and facades of mandirs and mathematics, causing thus irreparable damage. to the original character of the city.

This is not the first time that traders have expressed their dismay at the development projects that will impact them. Leaflets stating “No destruction, only development; no four way, no two way ‘have been plastered in stores for months now.

The six demands presented to Ram Lalla include a transparent mechanism for land acquisition and rehabilitation, local government dialogue with local businessmen whose work will be impacted to arrive at a mutually beneficial solution, advance notice of at least a month even for traders who will be little impacted by the realization of the four-lane project and the promise not to create pressure on traders to part with their land.

“Upon receipt of your cooperation, we traders will remain committed to the development of Ayodhya,” the letter concludes.

My daughter no longer speaks to me or my husband, and has laughed at our family values. Are we taking her away from her $ 2 million inheritance?